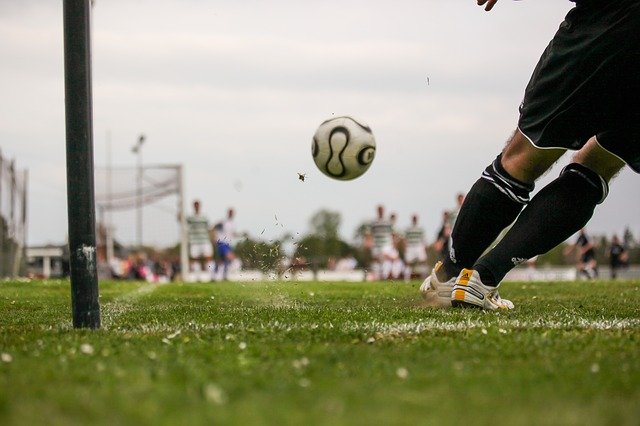 While the attack may be one of the most thrilling things about the game, your team is nothing without a good defence and you won’t be able to find success in the long run if you neglect this aspect of the game.

Defence is overlooked most of the time, but that’s often a big mistake. Today, we want to help you set it right by showing you everything you need to know about 5-a-side defending and provide a few helpful tips so you can step up your game and keep those ever so important clean sheets.

If you want to visualize what successful 5-a-side defending looks like, think about defence in football games. It’s all about staying in the back to help the defence and positioning yourself between your opponents and the goal.

Defence comes down to keeping your opponent as far away from their target as possible. In football, players get in their opponent’s faces so they can block the shots, frustrate, and contain them until they can regain possession of the ball.

Here are 12 tips that will help you boost your 5-a-side defending, so make sure you share this information with your teammates and revisit the guide as many times as you need. We recommend you implement one or two tips at a time, little by little, to enjoy the best results.

Here's the best tips we could come up, let us know what works for you.

When your team is on the attack, it’s very tempting to abandon all defence. However, you need to fight that urge. Make sure all players stick to their defensive positions no matter what so they can be ready to intercept changes in possession or breaks forward.

Most teams have a defensive rock, which is a specialist position and solid defensive strategy. However, though it’s not the most popular option, you can also rotate defensive responsibilities throughout the game.

Making transitions is one of the most important moments in defence because it’s the moment where your team switches from attack to defence. When your team loses the ball, the first 3 seconds are vital.

That’s why you need to be able to react immediately and quickly transition to a defensive position. If your team learns to do that instead of pausing, you’ll make your opponent super uncomfortable and it will give you an advantage.

Your attitude about what you’re responsible for needs to change if you want to succeed at 5-a-side. The mentality of strikers who believe they have nothing to do with defence needs adjustment because both attack and defence are done as a team in 5-a-side.

It’s not uncommon for players to not help the defence at all but you simply can’t allow that because you will be outnumbered. Everyone needs to understand that they have a collective responsibility when it comes to defence. To foster that kind of discipline, you can drop back into a compact 2-2 or 3-1.

Always Remain Goal-Side of Your Opponent

When you take up defensive positions, it’s good practice to stick to the basics. You have to always be between your opponent and the goals. Block their way at every turn and don’t let them pass because you would be giving them a chance. Always remain goal-side of your opponent, don’t let them get behind you, and block all potential passes.

Your opponent’s chances of scoring increase the closer they get to the goal. That is your danger area and you need to keep your opponent far away from it. Restrict any chances they get so they don’t get near to the goal.

Block their way and lead them out of the danger zone so they can’t try anything or at least make it very difficult for them. Don’t give your opponent room to shoot from their current position or allow them the space to run towards the center of the pitch.

You are already blocking their path and covering your danger area, but what about what happens outside that area? You have to block the shots they can still take from a distance and not give them the opportunity.

The key is making sure you are close enough to your opponent, which means that you need to push out towards them. Yes, retreating is a big part of the defence, but you can’t forget that sometimes you have to go forward.

Pressure Comes from the Player Closest to the Ball

The player who is closest to the ball is responsible for pressuring the opponent, it’s that simple. If you are close to the ball, you have to either pressure the opponent or hold your position.

If you are not outnumbered, pressuring the opponent is vital. But if you are outnumbered, holding the positions is the right thing to do while you wait for your teammates to come and help.

Closing your opponent down is called “pressing” and you must approach this effectively. If you rush towards your opponent, they will run past you and you simply won’t be able to recover in time.

Instead, you want to be cautious when pressing your opponent so they don’t have time to run past you. Start moving towards them right before they get the ball, so you can be in their face by the time they receive it.

Remember, get the distance right. The closer your opponent is to the goal, the closer you want to be to your opponent. Keep them at arm’s length. Also, bend your knees to lower your center of gravity so you can react quickly to keep them from the goal.

When you’re pressing your opponent, always look for weaknesses to exploit. For example, take advantage when the ball is on their weaker foot because that makes them uncomfortable.

Press your opponent only when it’s safe. Do this in the right areas and with a set defence. In some cases, pressing a player is not the best idea, so use critical thinking. Lastly, don’t let them run you from advantageous positions by staying close and keeping up the pressure.

Put Your Patience to Work

Patience is a virtue and it’s the key to a good defence. Your main priorities are to keep your opponent from running past you, showing them away from the goal, blocking their shots, and restricting their sight of the goal. Focus on that and be patient.

Wait for safe opportunities to win tackles instead of just charging at players at moments where they can easily avoid you and dribble past you. If they take a poor touch, receive a pass with little control, or show you too much of the ball, that’s where you go in.

Patience and disciplines are vital in 5-a-side defending, so it’s not about diving for tackles, it’s about keeping your opponents in control and away from the danger area, which requires you to be smart and wait for windows of opportunity.

Though it’s true that you have to focus on the player you are marking, it’s also important to support your teammates if they are being beaten. To do that, you have to position yourself in a way that allows you to do both things at the same time.

The best 5-a-side players don’t only cover their own opponent, they are also ready to help teammates if their opponent gets past them. Ideally, this shouldn’t be a common occurrence, but when it happens, it’s important to be there and provide support.

Keep an Open Line of Communication

To organize a defence in silence, you’d have to be mind readers. Communication is key and it’s best when it comes from the back, even when the defence starts from the front. Players who are in the back have a better view of everything that’s happening in the field, so they must help the team by communicating what they see.

When players stop being disciplined, it will send all the defensive efforts of the team crashing down. Silly fouls give opponents opportunities such as free kicks that can lead to goals. If you don’t want to give away free goals and keep morale from plummeting, keep your head cool and avoid silly mistakes born from rash decisions.

If you apply these 12 tips properly into your defence strategy, you will craft an impressive defence that will intimate your opponents. Not to mention that you will grow as a team and become a lot more effective than ever before. Apply these tips one by one, little by little, and make sure it becomes second nature.